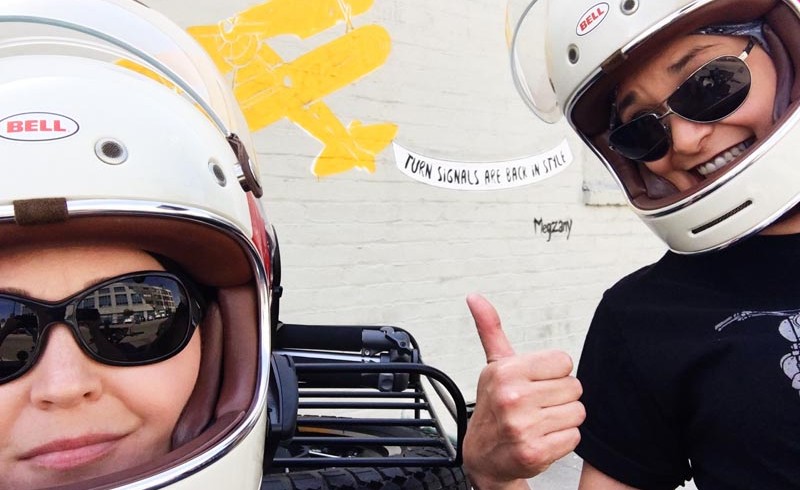 posted in PODCAST on by with No Comments
Sharing is caring

El Nino got you down and feeling gloomy? Grab your camera and head over to the Arts District Los Angeles and brighten your day with a street art hunting adventure.

Or listen on iTunes 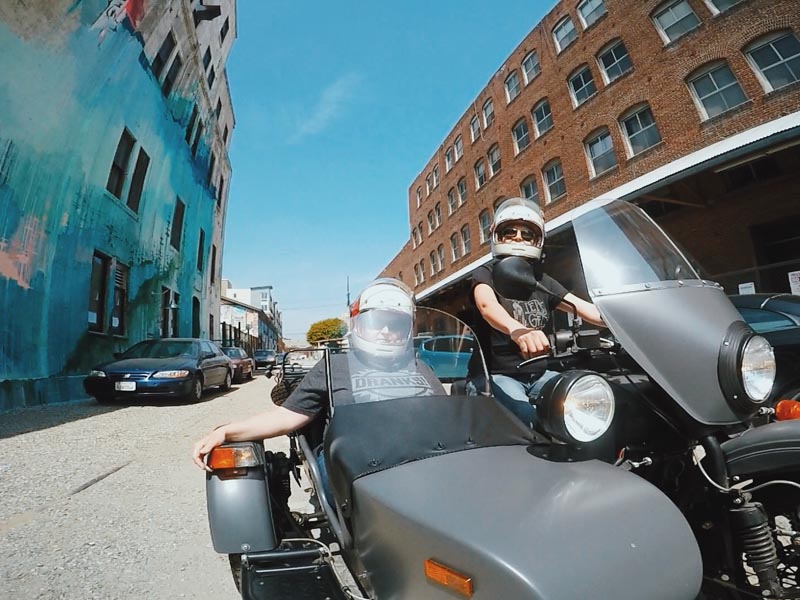 We had it super easy uraling through the alleyways in our sidecar snapping pics after the El Nino was so kind to swing by and wash all the smog away. 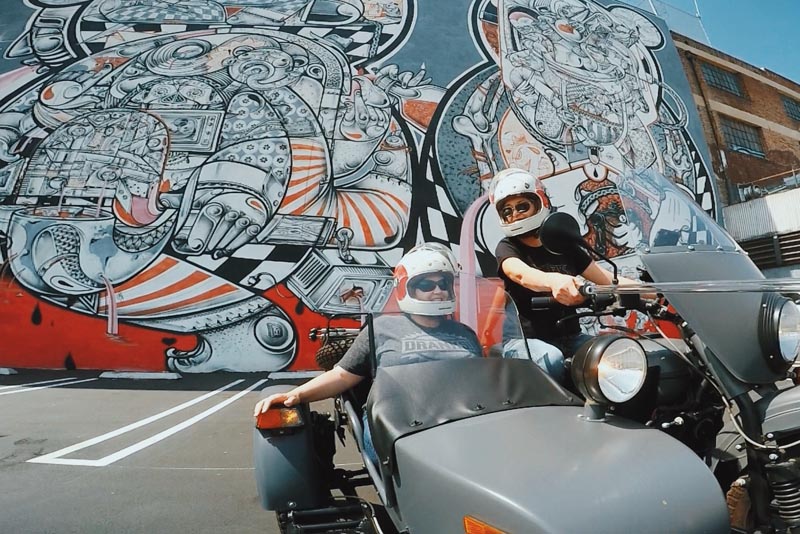 Encountered a few seemingly inaccessible sites but asked permission to come aboard and had no problems. 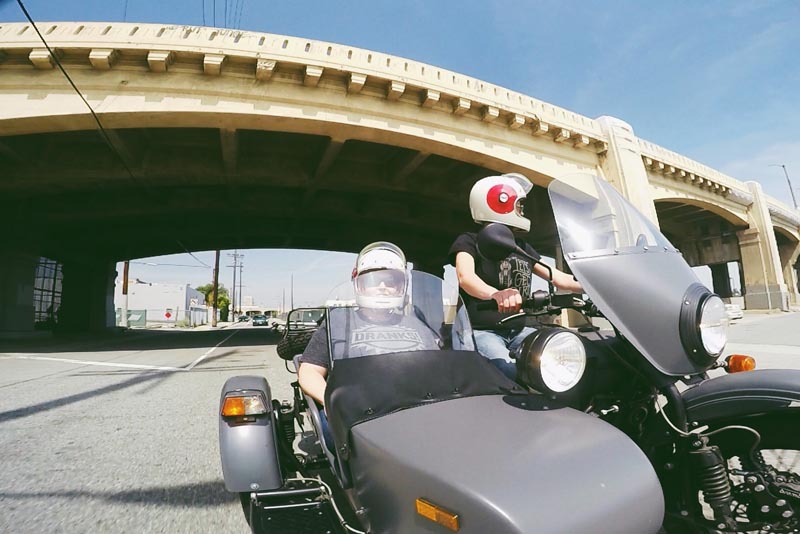 Need an address to pop into your GPS.
We started in the center of the Arts District with-
Arts District Brewing Company
828 Traction Avenue, Los Angeles, CA 90013

Or start on the edge of the Arts District with-
Angel City Brewery
216 S Alameda St, Los Angeles, CA 90012 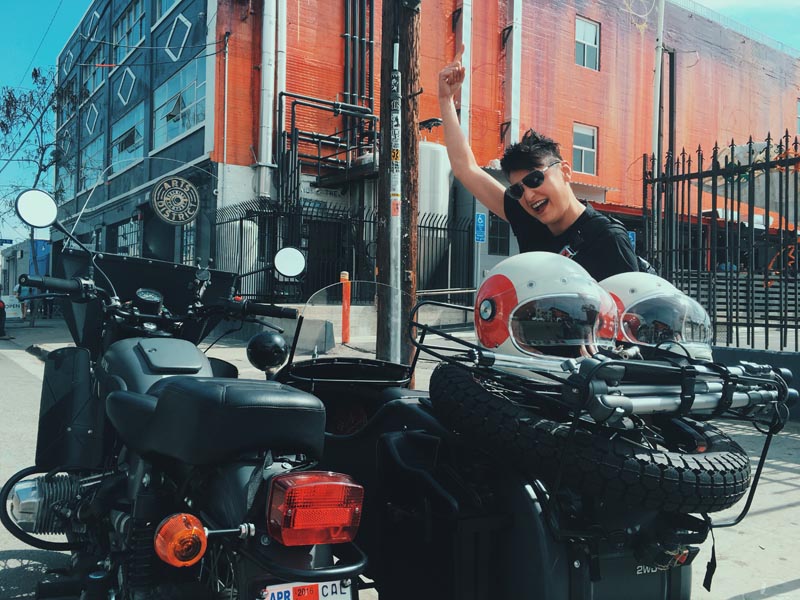 Both of these breweries are covered with murals and located in the Arts District right where you want to be. From there you can simply cruise the streets in this immediate area or start your own art walk. If traveling by car we suggest exploring the district on four wheels first to get your bearings, then head out on foot with your camera. 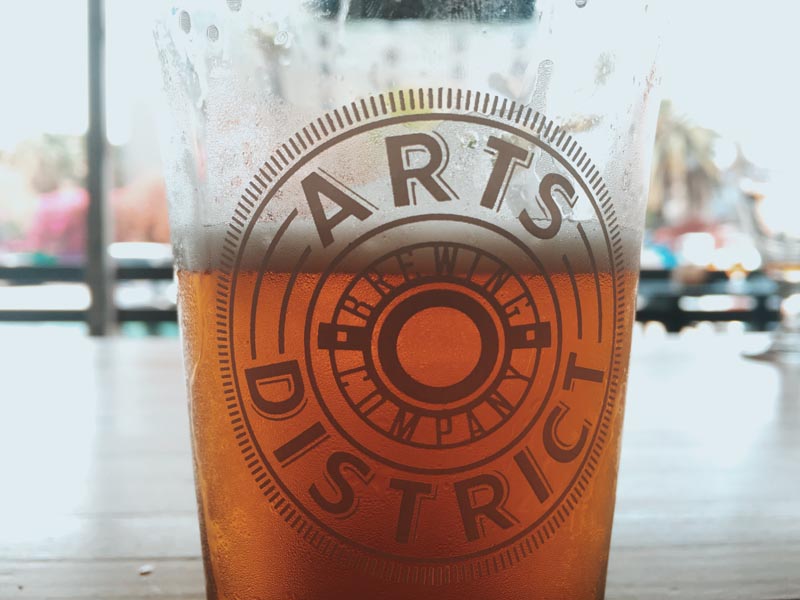 We kicked off our mural search and quenched our thirst at the Arts District Brewing Company with their super tasty Traction IPA. It was an easy drinking IPA so we were tempted to pick up a growler of Traction to go but alas no growlers to be found here. They have a full liquor license which in some convoluted way prohibits beer to-go. 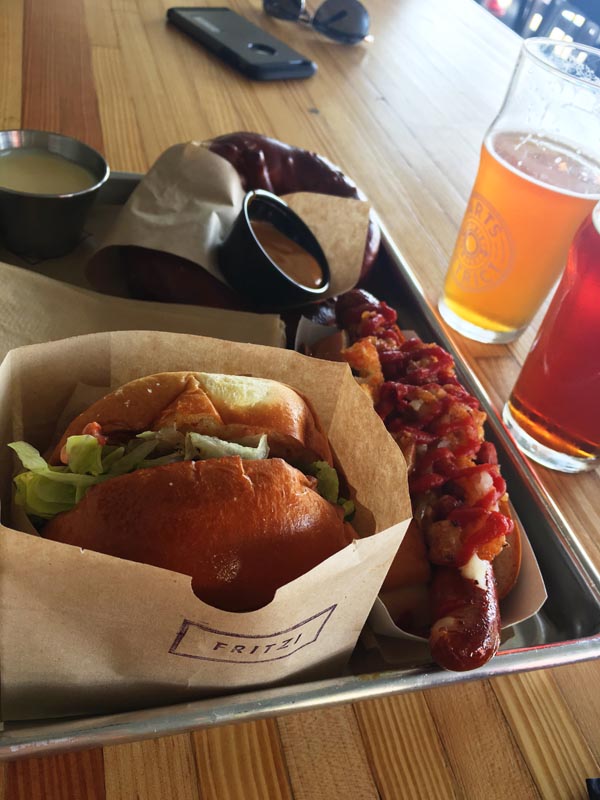 Reasonably priced burgers, carrot dogs and amazing pretzels available with beer cheese from the Fritzi to-go window inside the Brewery. Carrot dog? Yup, a carrot impersonating a hot dog…we will try this next time! Skee ball, corn hole, foosball, ping pong for your entertainment and a great street view outdoor patio to nosh and chill.

But if you’re really in the mood for sausage and who isn’t, you may find yourself waiting in the ever present quick moving line across the street at Wurstkuche for your exotic German dog fix, near the corner of Traction & 3rd. Try yourself a Rattlesnake & Rabbit dog and revel in your seat at the top of the food chain. 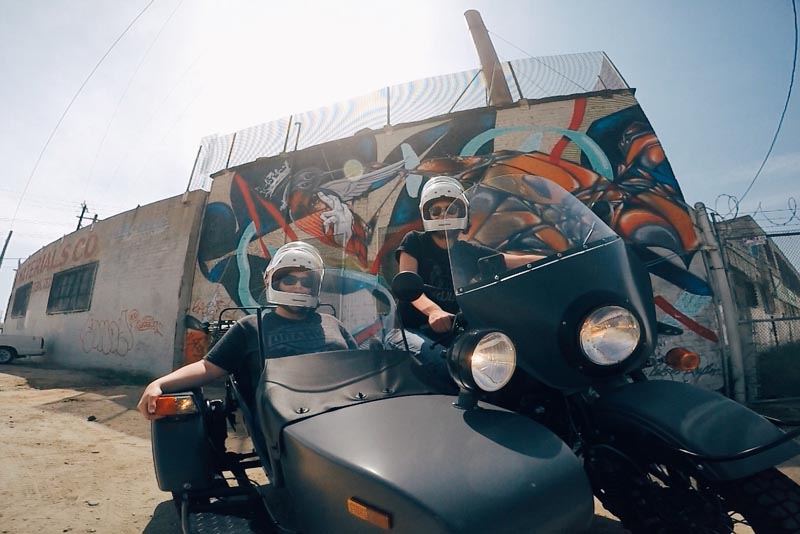 Both free and metered street parking is abundant and both breweries have paid private lots but read the fine print. The sign in front of the Arts District Brewing Co. says 4$ in great big print but it also says in much smaller print, per every 10 minutes topping out at 12$. Yelp says they validate but the lot attendant outside wanted to be paid upfront so we can’t say how that is supposed to work. 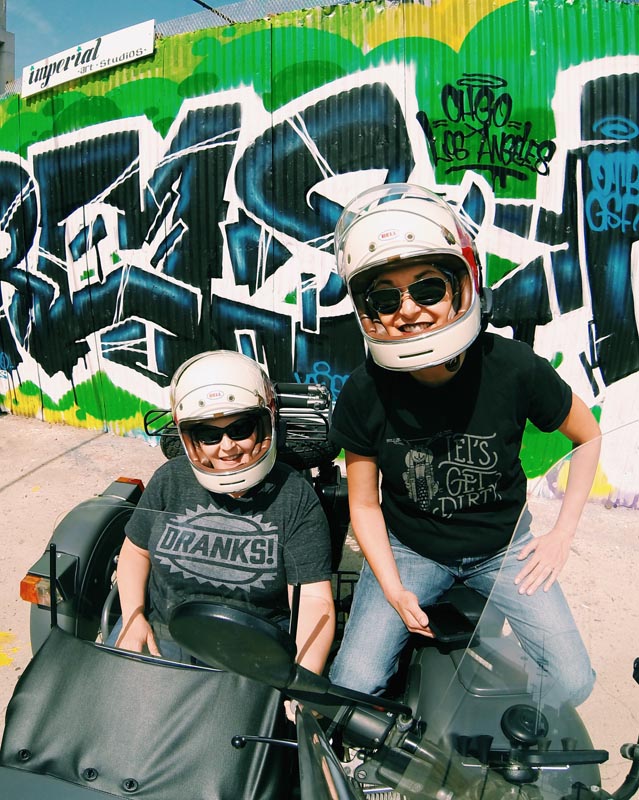 Be safe. Keep in mind that the Arts District is in midst of gentrification but is still bordered by suspect neighborhoods like Skid Row, Boyle Heights & Lincoln Heights. 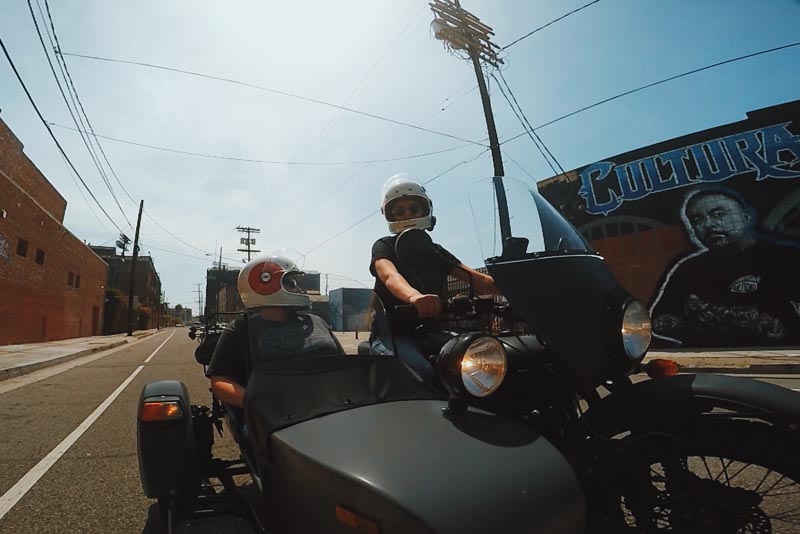 If you do venture into Skid Row, we recommend checking out this book Shut Up and Shoot about urban photography and suggested etiquette for securing permi$$ion from the shot callers who run the block.

Don’t believe us? Watch this fun video to see what happens when you don’t follow street protocol in Skid Row.

Equip yourself with some common sense and a thirst for adventure and you’ll be on your way to an Instagram worthy day of exploring. 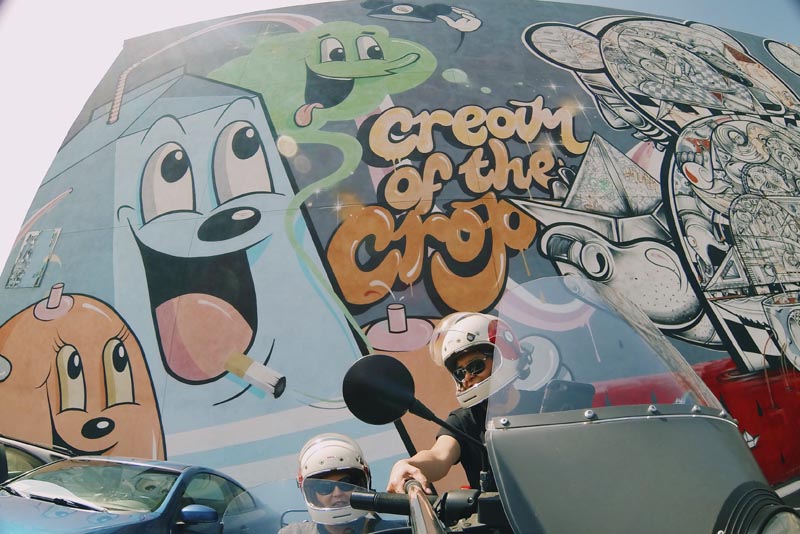 Which spots are your fave?


If you purchase from our affiliate links, we get some beer money. Cheers in advanced!

Mortician by day. Danger monkey by night. Killi' it at life, one adventure packed road trip at a time. But still prepping for the zombie apocalypse, just in case. 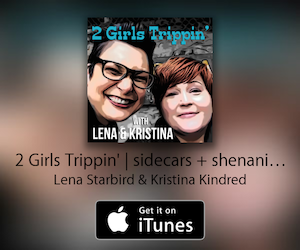 1/2
Next»
By PoseLab
Show more videos»

BUY US A BEER 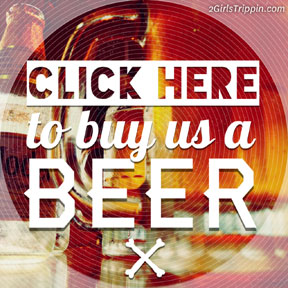 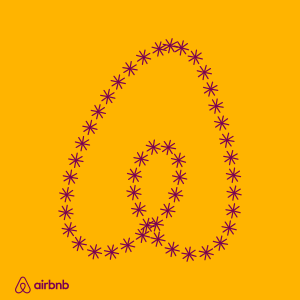 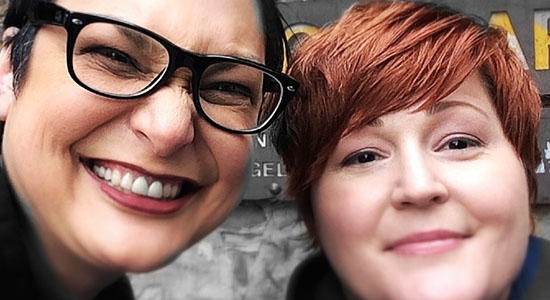